A race of creatures originally created by the Ancients to spy on D'zeron .

In Jai-Ten they are called Rat Pigeons and they don't mind. They are kept as pets and flock in the streets. Those who live in Kaar-Taal dislike this term, and don't generally attach themselves to people.

They can enter the dream plane as people and Dragons can. they are intellegent and sentient but they cannot speak human languages. They are, like dragons, equally aware in the dream plan and the waking world. they can communicate with humans slightly better in the dream plan, but still don't talk much.

they have bodies like ferrets, wings like a dragon [more or less like a bat] and a long fluffy tail which is very prehensile. Because they have very long flexible bodies, their flight pattern is often a sort of strange swimming through air action though they can also glide and flap like birds

They tend to be playful and mischeivious, stealing things from people just to tease them, teasing cats and dogs, etc. but they also like to help, fetching things and such. For example Jason lost his glasses when he fights the wildcat, and when he later decides he wants them Marrisyl goes back and finds them for him without being asked.

They live in trees and are omnivores, but prefer to eat flowers, fruit, and the occasional insect.

the main two in the story are Marrisyl and Arrow .

they are significant in the rebuilding of the planet Paragangia in the later series of the Destiny of Dreams story, Restoration.

in the early versions they were called flying squirrels. 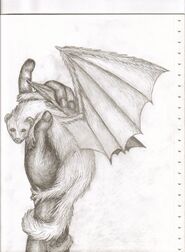 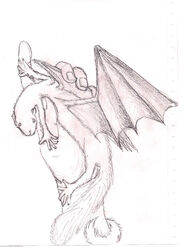 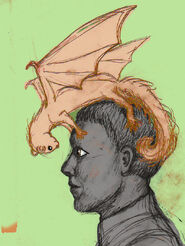 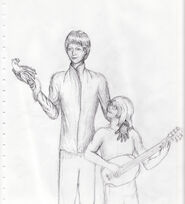 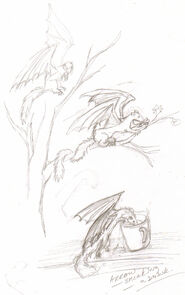 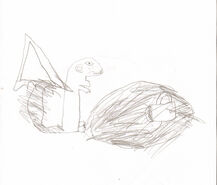 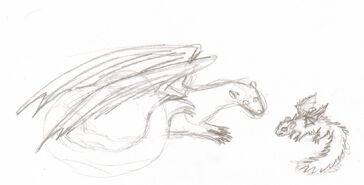 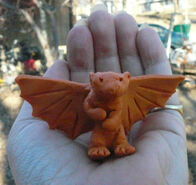 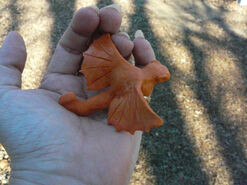 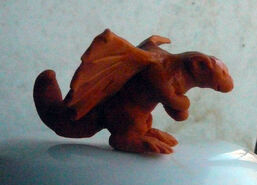 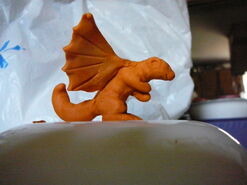 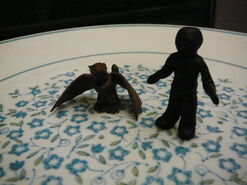 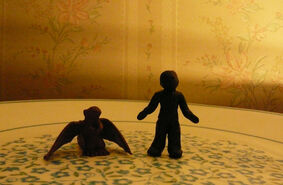 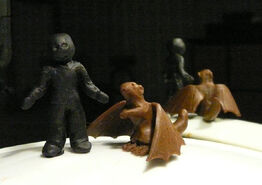 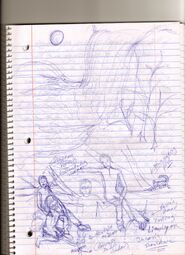 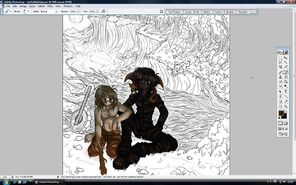 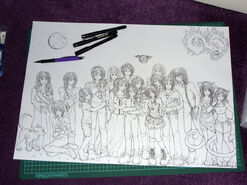 the boy sitting on the ground at lower left is Anton, with Arrow and Marrisyl 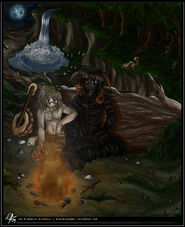 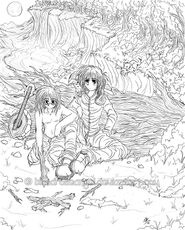